Roger Benjamin Davis, age 89 of Carrollton, Texas passed away on Friday, March 8, 2019. He was born in March 12, 1929 to Roger and Nanny Davis. Roger married Velma Shaw on August 8, 1982 in Dallas, Texas. He graduated from North Dallas High School in 1946 and then went on to serve his country in both the United States Army and Navy. He was an elected Sheriff and served as a Deputy Sheriff for the City of Shenandoah, Texas. Roger was an avid golfer and fisherman and enjoyed all sports. He liked watching old Western Movies and making dream catchers for his friends and family. He will be missed by all who knew and loved him. Roger leaves behind his wife of 36 years, Velma Davis; sons, Robert Davis and wife D'Anna, Daniel Davis and wife Judy; daughter, Jennifer Davis; step-son, Paul Booher; step-daughter, Shelley Brown; 6 grandchildren; 2 great-grandchildren. Visitation will be held from 12:00 noon - 8:00 p.m., on Thursday, March 14th at Chism-Smith Funeral Home. A Graveside Service will be 2:00 p.m., Friday March 15th at Sparkman Hillcrest Cemetery in Dallas, Texas with Chaplain Tyler Gullette officiating. 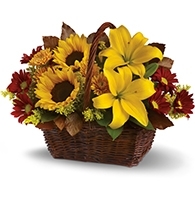 Cindy Hancock
Sent Flowers in memory of Roger B. Davis